Here is the beginning of the 3rd stage 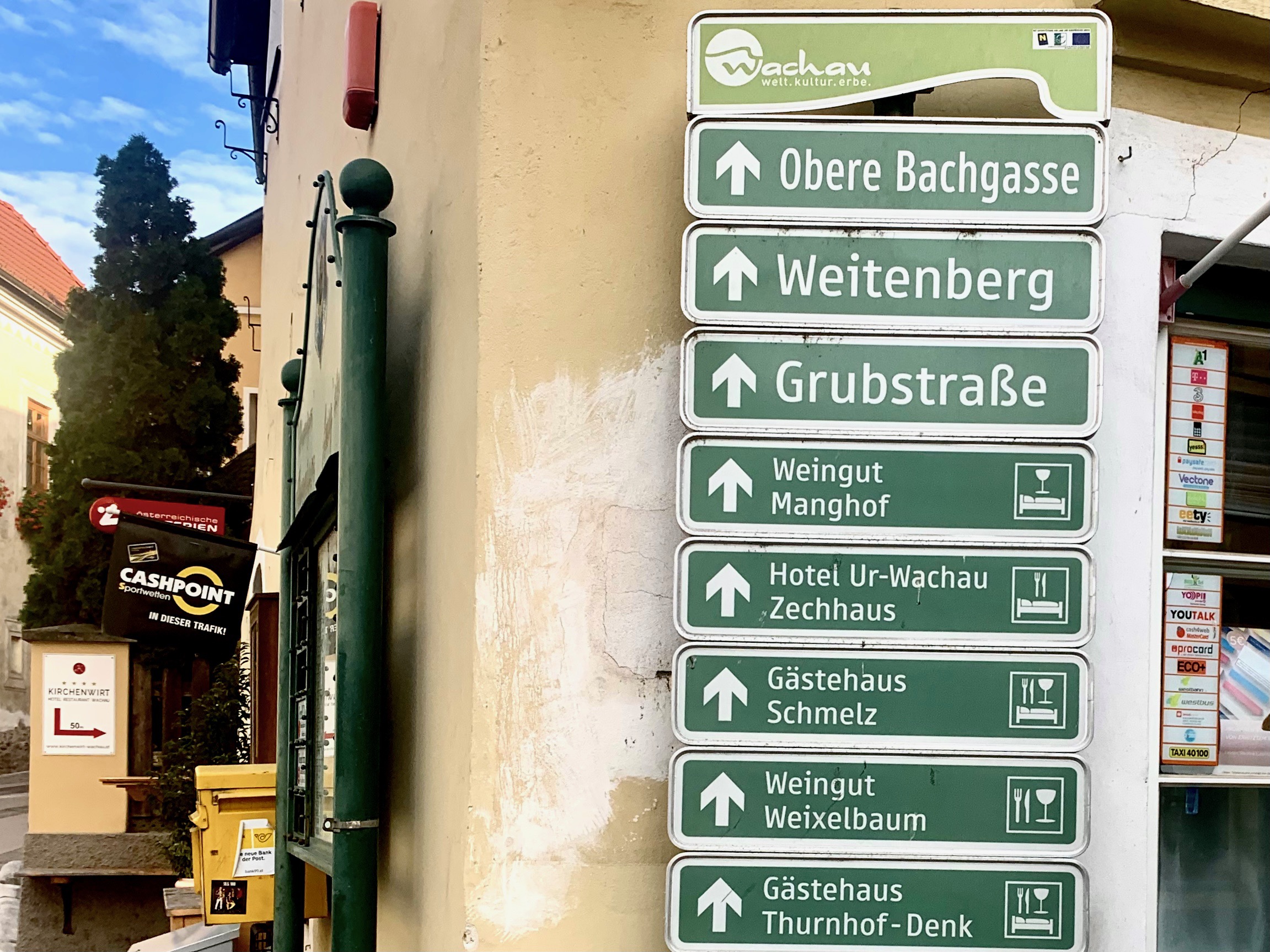 The corner house dates from the 16th century and is covered by a gable roof, on which the chimney of a “Rauchkuchl”, smoke kitchen, still impresses. A Rauchkuchl is a kitchen in which people cooked on an open fire and the smoke was drawn outside through a chimney.

The Trafik Glaser magazine shop is located here. Opposite is the “White Rose” inn. One step further and you are on the market square. The Teisenhoferhof forms the northern front of the square. From the east, the parish church towers over the square. 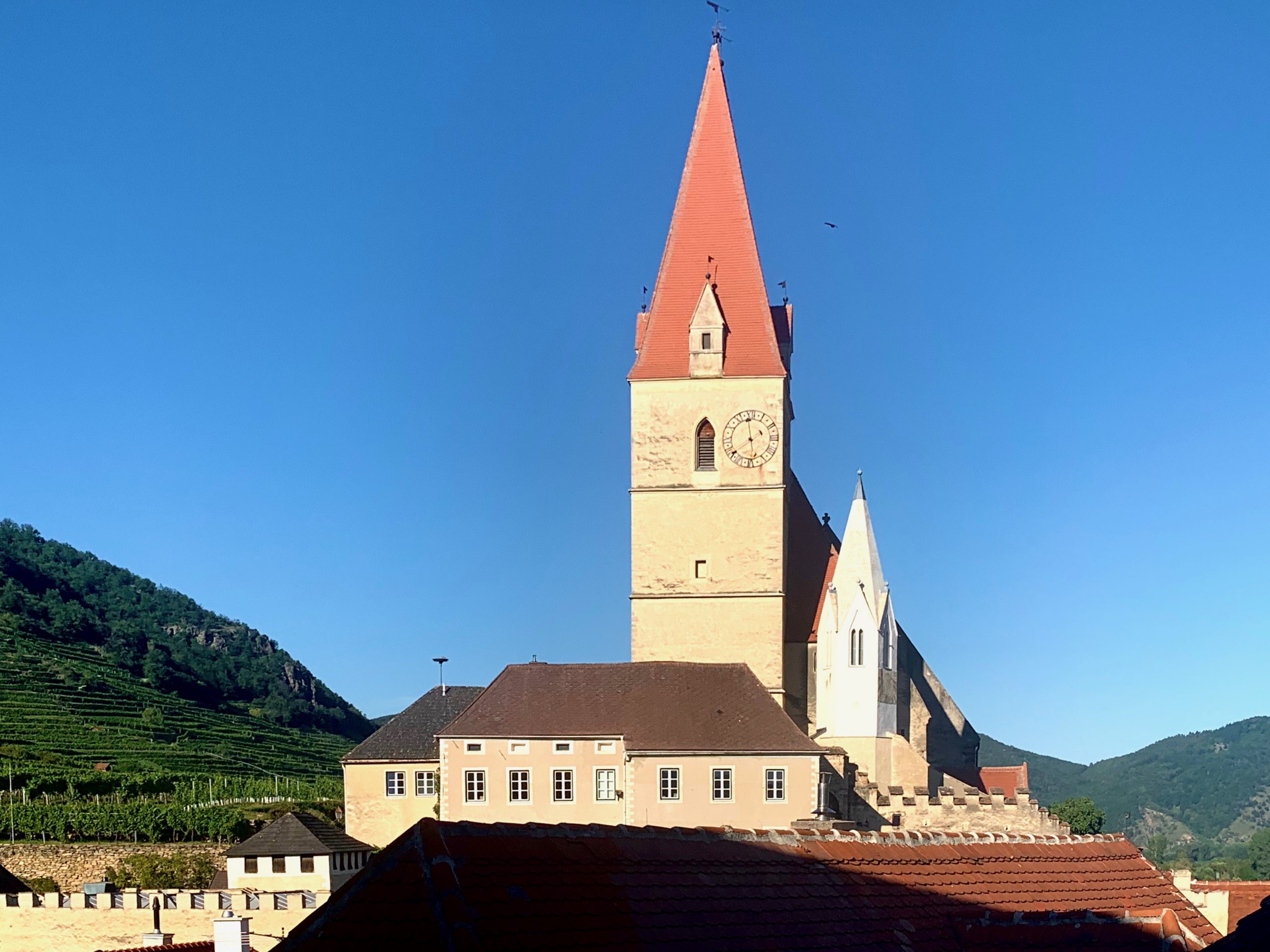 Weißenkirchen is a market community on the Danube in the Wachau Valley in the Krems district in Lower Austria.

How do I get to Weißenkirchen?

By car on the B3 from Melk or Krems.

Here is the route map.

There is a free car park at the taxi ferry on the Danube.

With the bus line 715 from Melk or Krems to Weißenkirchen.

Click here for the bus schedule from Krems -> 715 to Weißenkirchen

Click here for the bus schedule from Melk -> 715 to Weißenkirchen

From the main road you can get to the market square via Rollfährestraße and Untere Bachgasse. From there it goes over the castle stairs to the castle, on which one walks in a westerly direction out of the market community. When crossing Seiber Street, you go straight to the Lichtgartl winery. 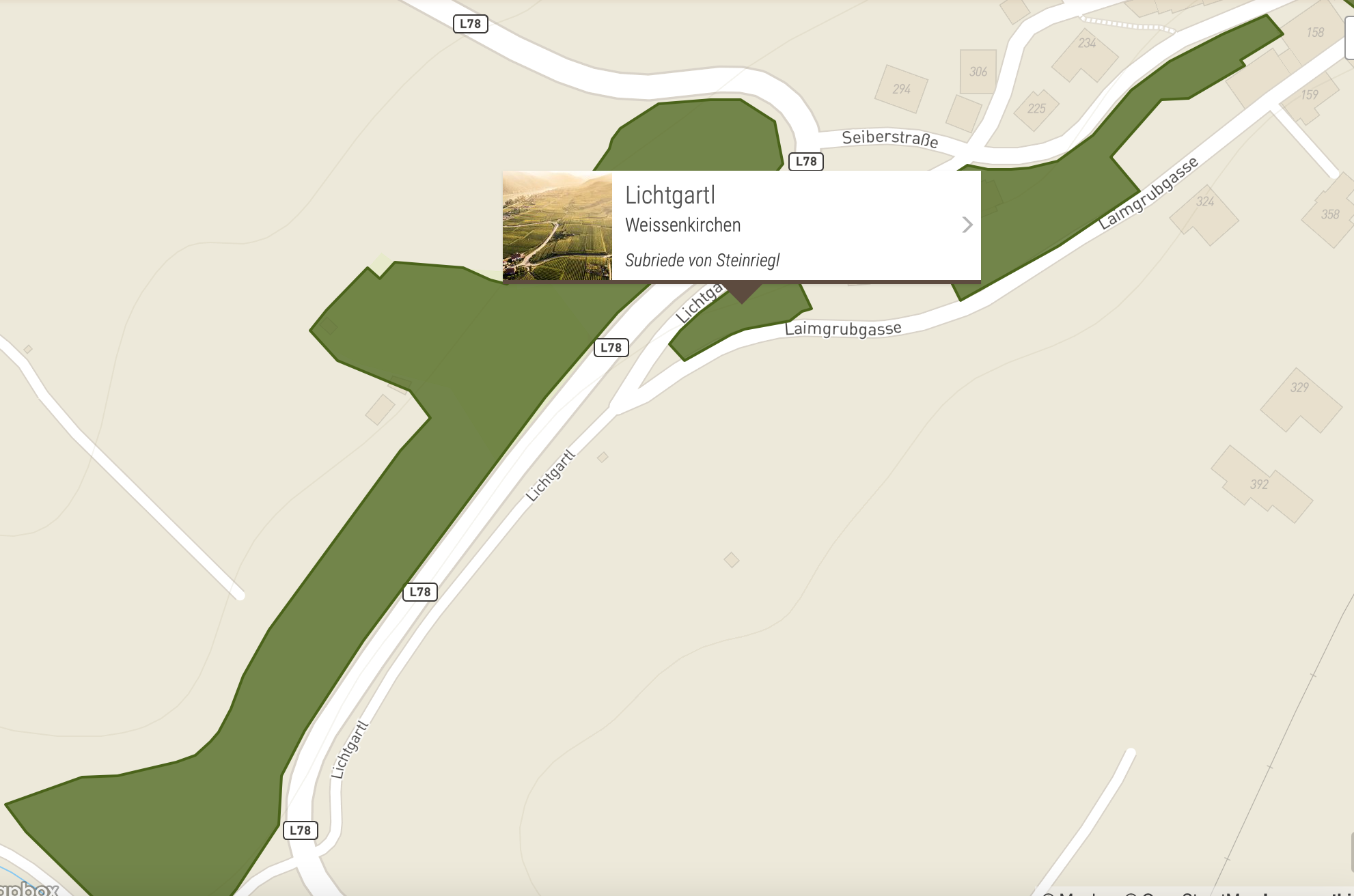 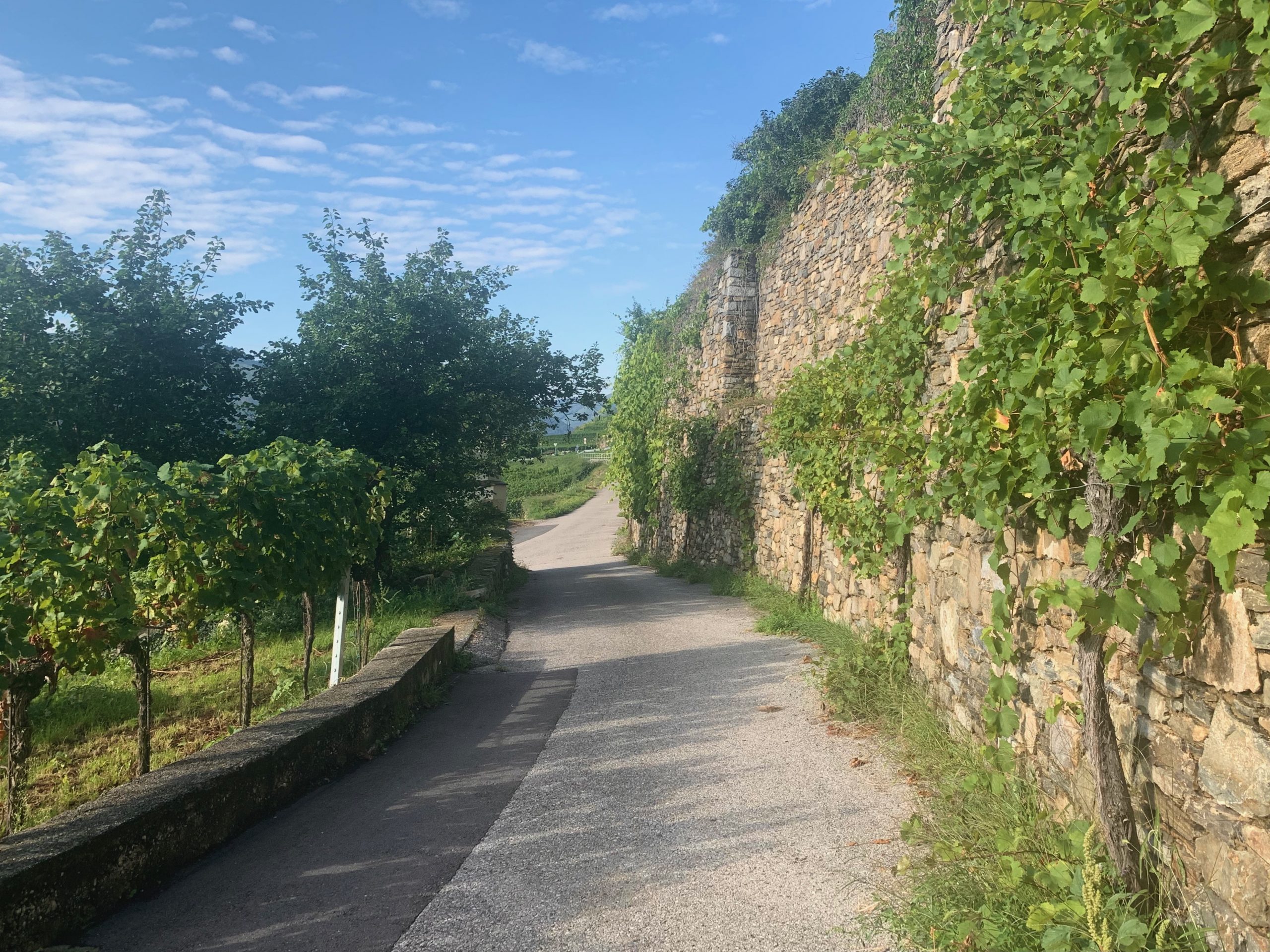 On the left side of the path a vineyard of the Lichtgartl vineyard, on the right a high stone wall to support the Ritzlingbachstraße on the Seiber. 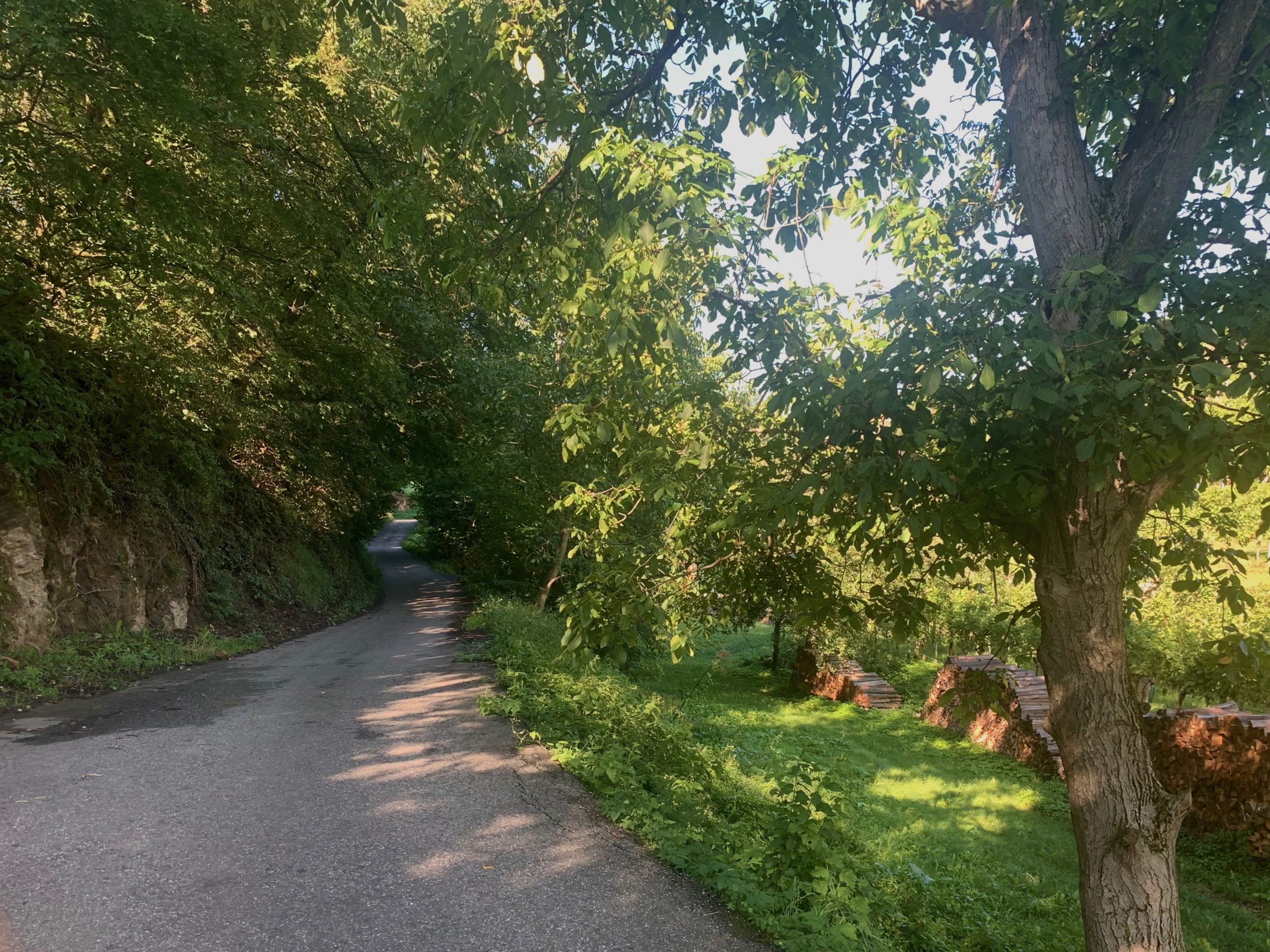 The Postaller vineyard belongs to Joching. Joching is a village in the municipality of Weißenkirchen in the Wachau. Terraced, i.e. stepped, system is a common type of hillside in the Wachau, which allows cultivation with tractors.

The vineyard terraces are supported by dry stone walls that characterize the landscape of the Wachau Valley. Unprocessed stones are placed directly on top of one another without any connecting material. Postaller is a vineyard with S – SO orientation towards the sun, which promotes heat circulation and reduces the risk of frost. 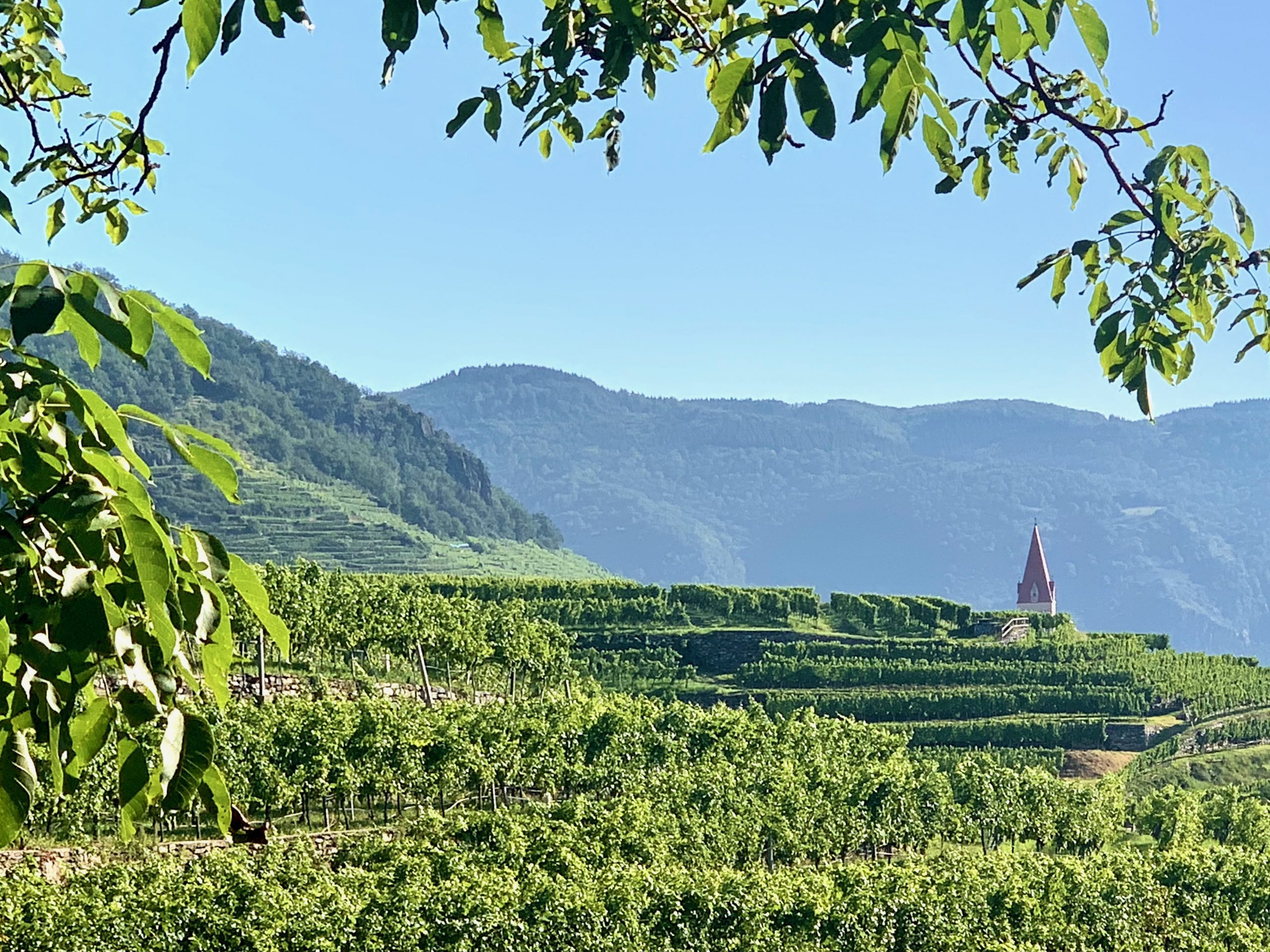 The Steinriegl is a 30-hectare, terraced, steep vineyard location in Weißenkirchen, facing south and southwest, where the road winds up to the Seiber into the Waldviertel.

From the late Middle Ages, wine was also grown on less favorable locations. This was only possible if the vineyards were always chopped. Larger stones that emerged from the ground through erosion and frost uplift were collected. A stone bar was the name given to elongated layers of so-called reading stones that could subsequently be used to build dry stone walls. 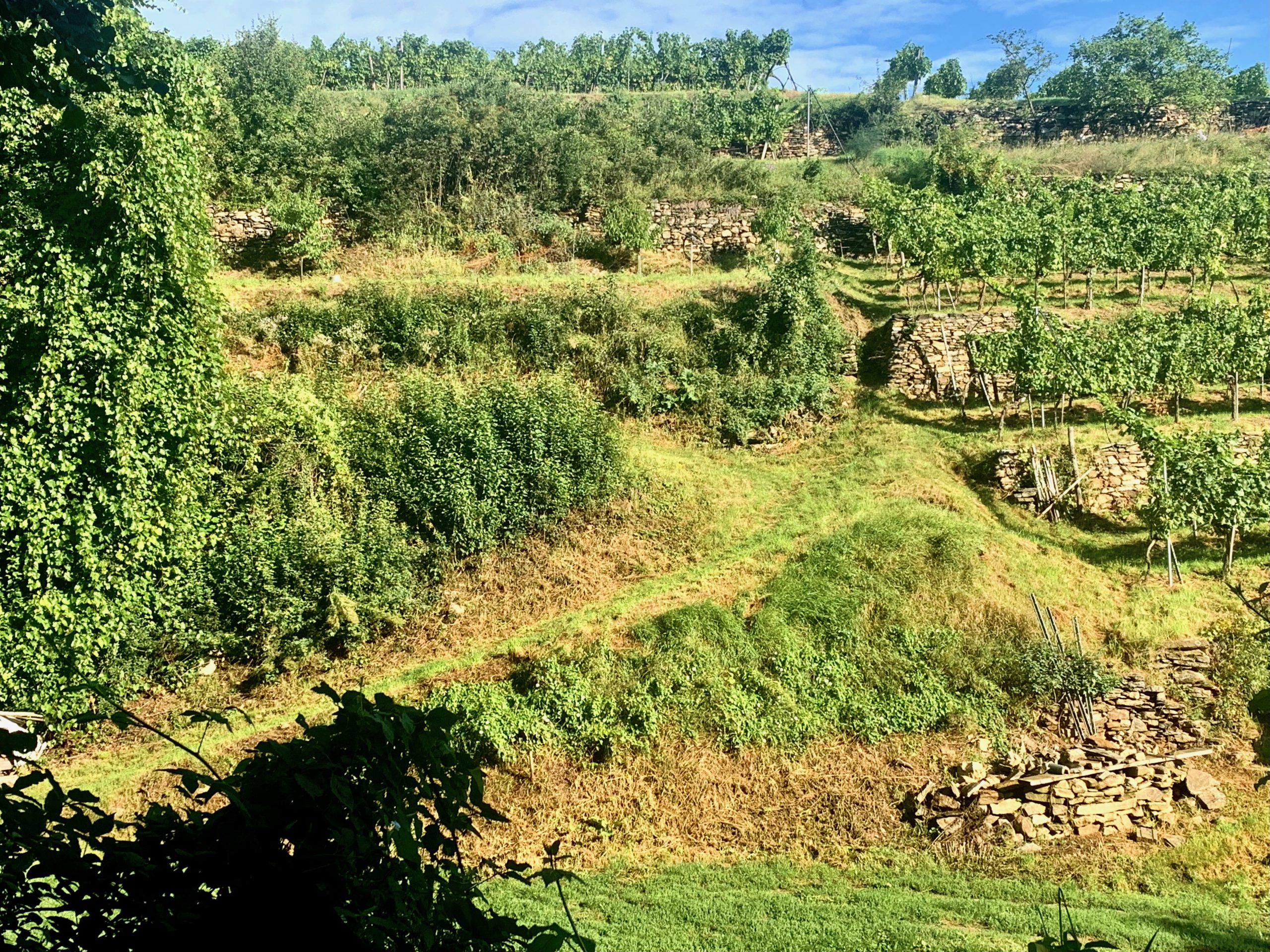 The Postaller or Postolern vineyards, the highest part of the Jochinger hill, has a size of 25 hectares and borders the Steinriegl vineyards to the east and the Pichl Point, Kollmitz and Gaisberg vineyards to the west.

Around 800 Charlemagne built a St. Michael shrine at the foot of the Miachael mountain. In Christianity, St. Michael is considered the conqueror of the devil.

The Michaeler Mountain is the foothills of a ridge of the Bohemian Massif, which begins at the Kuhberg and extends over the Buschandlwand and Atzberg to the Michaelerberg and to the south drops steeply over 300 meters into the Danube .

In this video you can see the rocky landscape on the west side of the Michaeler Mountain. The Michaeler Mountain geologically consists of paragneiss, amphobilite and leucocratic migmatite gneiss. The trees that grow naturally on Michaeler Mountain are oaks. The oak, latin quercus, is known as the king of trees. Oak trees are extremely frugal in terms of their location. They like mineral-rich soils. Their roots reach deep into the ground.

Here is the end of the 3rd stage 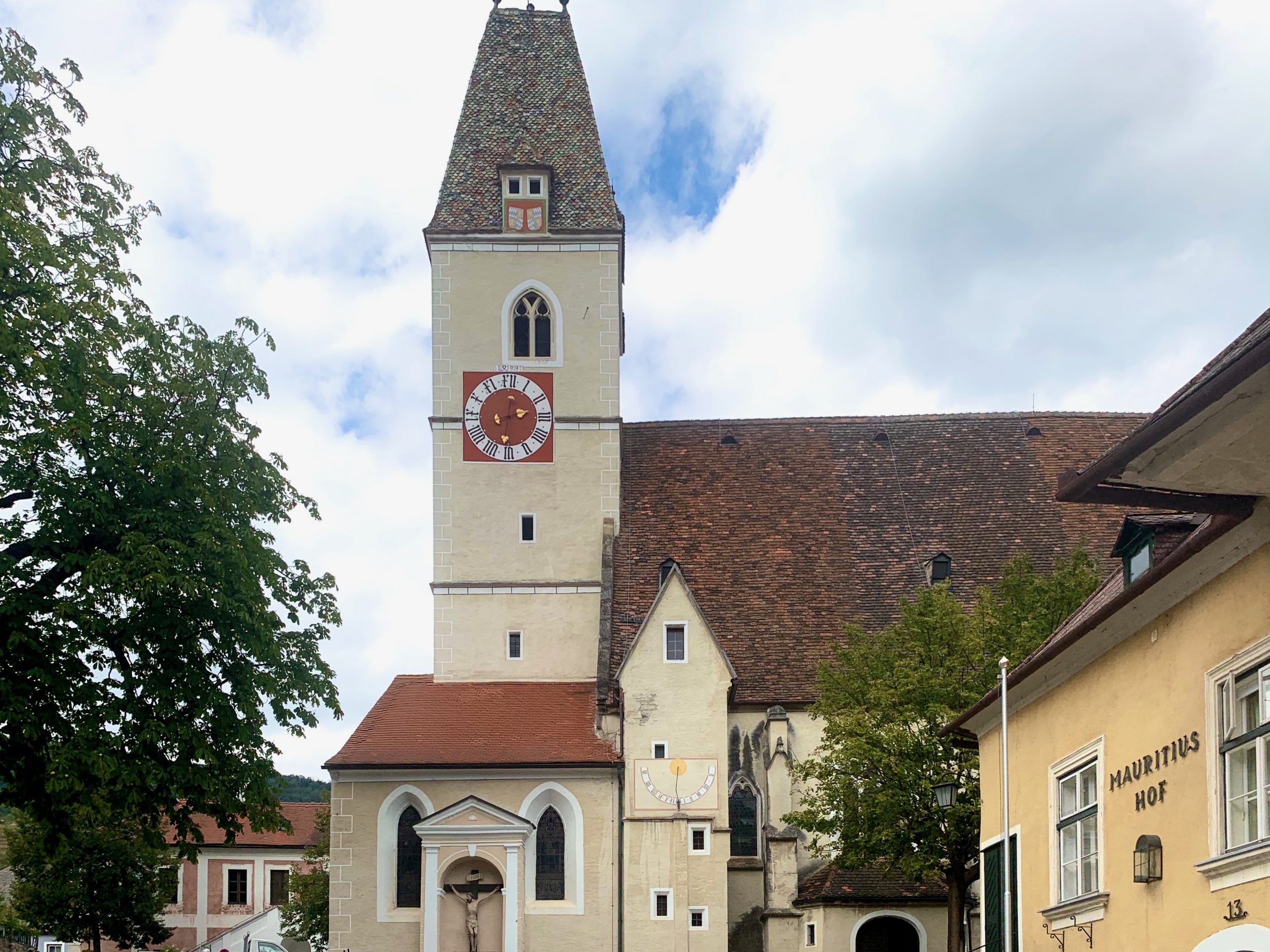 At the square in front of the Church of St. Mauritius in Spitz is the end of the 3rd stage of the World Heritage Trail.

Saint Mauritius was the leader of the Thebaic Legion, which mutinied when crossing the Alps because they did not want to go against the Christians. Emperor Maximian then ordered the Legion to be completely destroyed. Mauritius has been venerated as a saint since the 4th century. His feast day is September 22nd.

The parish church of St. Mauritius in Spitz is a late gothic hall church with a high pitched roof, an imagined 4-storey western tower with a steep hipped roof and a small roof house. The nave has stepped buttresses and 3-lane pointed arched windows. 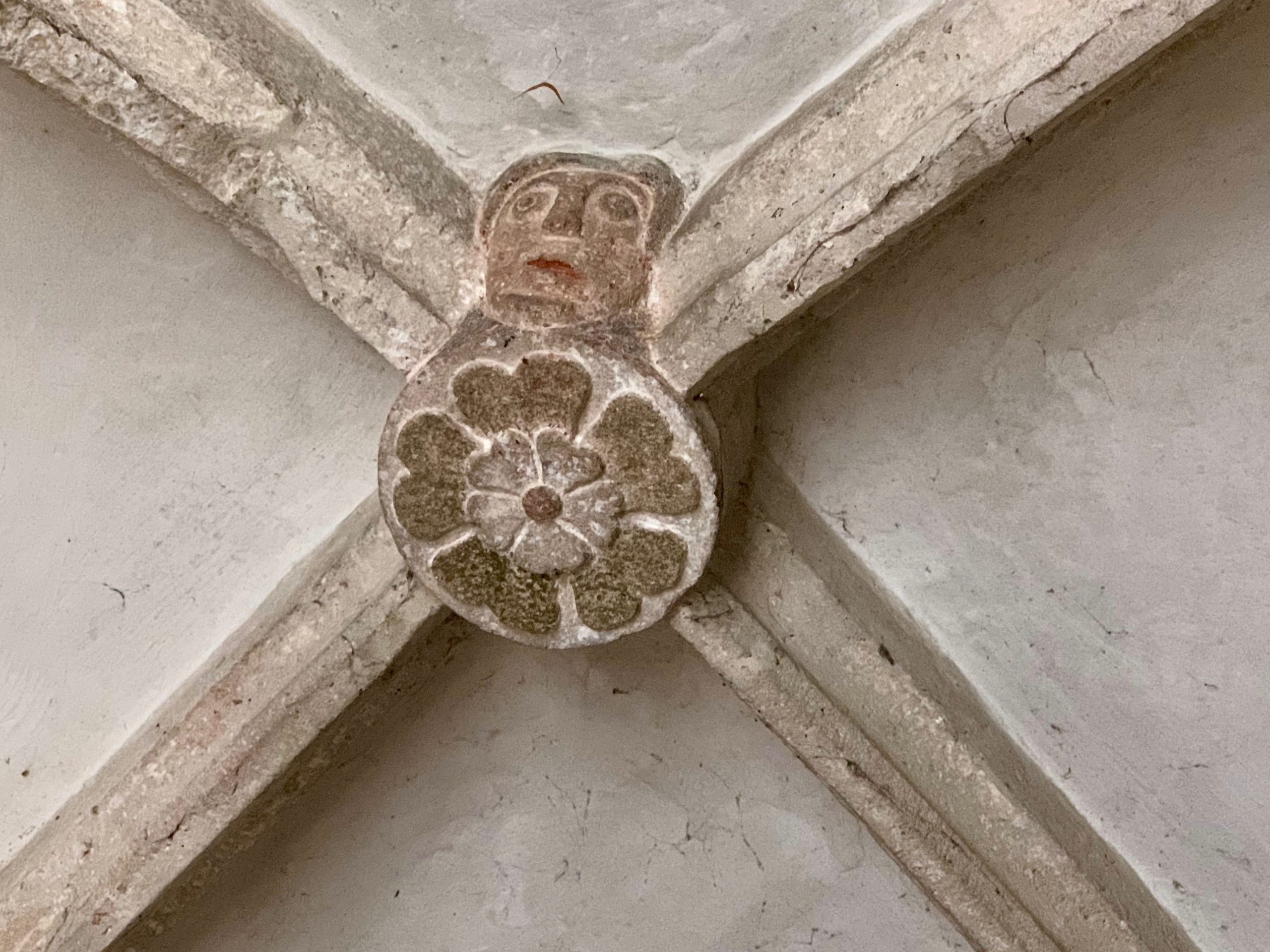 After a short walk from Church Square down to the Danube.

The bus line 715 runs every hour, 8 minutes past the hour, from the bus stop called “Fähre” which is on the B3 federal road in Spitz near the Danube ferry.

Weißenkirchen is in the direction of Krems.

The bus stop and departure times are marked in the timetable to make them easier to find.